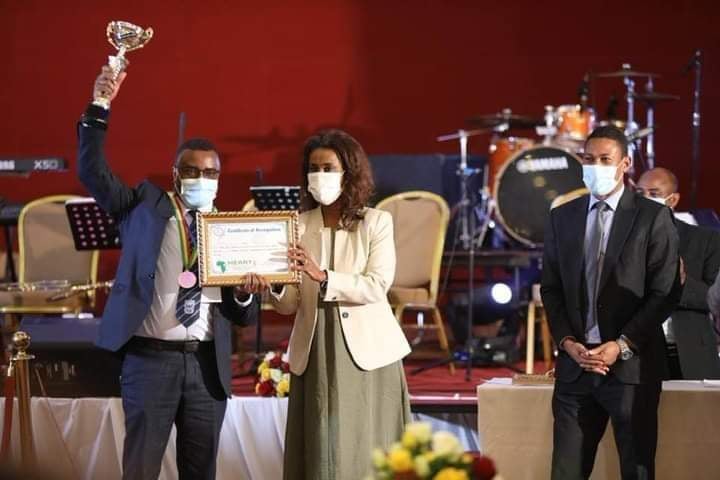 Jimma University registered a remarkable success in MoSHE’s first-ever edition of HEART (Higher Education Academic, Research and Technology Linkage) Convention 2021. JU made an impressive appearance at the convention presenting research and innovation outcomes of its staff members in a very organized and outstanding manner. Hard work pays and it stood first among all “Research Universities”; won first place in the “the best university president/leader” category, and collected three of the four prizes for top innovation projects (winning first and third places, the latter being a tie among two of our innovators).

Specifically, JU was the only university to win five prizes, which was a record in the convention and a new milestone for JU, surpassing its record during the previous national ranking, where we stood first for five consecutive years.

We would like to congratulate all the members of the larger JU family, primarily to the whole JU community: academic, administrative, and support staff, the leadership/executives. Our local, regional, national, and international partners and collaborators also deserve appreciation and gratitude.

The president of JU, Dr. Jemal  Abafita Conveys the below message (quote):

“The concerted efforts, collective leadership, and the hard work exerted by all members of the JU family have indeed paid off. The achievement, however, should nevertheless serve as a reminder of the need for more commitment and hard work. We have to use it as an opportunity for rallying the whole JU family towards excellence and enhanced international visibility.”