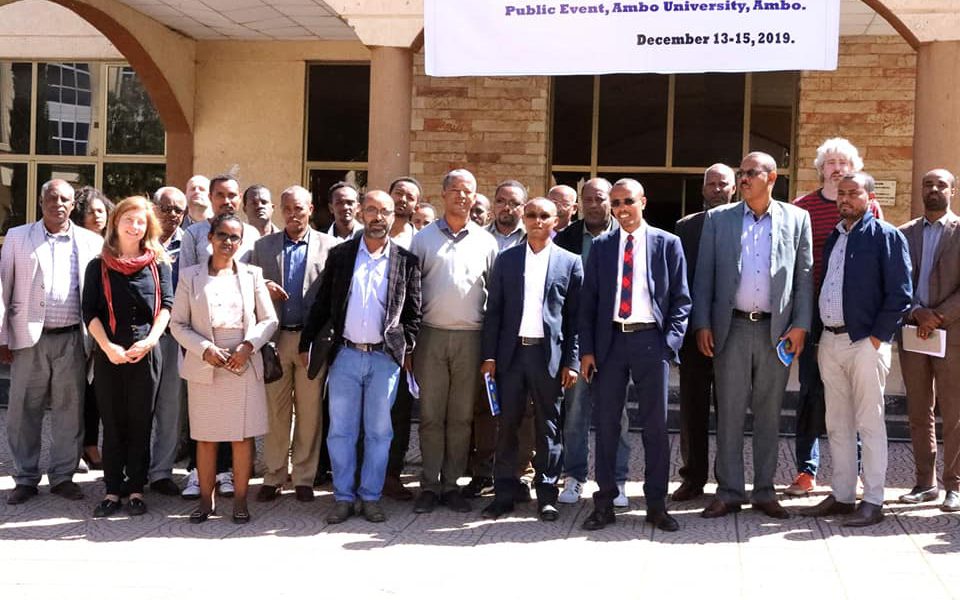 A public event that brought Jimma, Ambo, Addis Ababa and Hawassa Universities from Ethiopia and Ghent University from Belgium together was held from December 13-15: 2019. The event was conducted with the theme “VLIR-OUS- University Collaboration for Better Health in Ethiopia” to review the achievements so far and chart a further collaborative endeavors among the Universities.

Jimma University is the Hub University for the collaboration, and the current workshop of the networking is organized and hosted by Ambo University at which Dr. Tadesse Kenea, the president of the University welcomed the participants. In his opening remarks, the Director General for Education and Reach Affairs at the Ministry of Science and Higher Education (MOSHE), and Guest of Honor on the workshop, Dr. Eba Mijena, reflected on the importance of working together to tackle challenges. He stressed that the collaboration between the Belgian Universities and the four public Universities in Ethiopia sets an exemplary effort which encourages partnership of Universities within a country and abroad.

Mr. Kora Tushune, JU’s Vice President for Business and Development and local coordinator of the Networking, and Prof. Bruno Levecke (Flemish Coordinator) presented overview of the University collaboration for Better Health in Ethiopia. Besides, four projects on different topics were presented at the event followed by discussions on the topics, and general reflection on the public event organized.

Following the discussions, Memorandum of Understanding targeted at further collaboration among the partnering institutions was signed. The event involved poster presentations and competitions among PhD candidates which resulted in awarding of certificates to two candidates from Jimma and Ambo Universities. The steering committee also had a separate meeting, and field visit was also part of the activities in the three days event.