Unveiling Ceremony of the Book regarding the life and work of Dr. Tekelsion W/Mariam was held in Adama

Home > News > Uncategorized > Unveiling Ceremony of the Book regarding the life and work of Dr. Tekelsion W/Mariam was held in Adama

On a ceremony held at the Adama Rift Valley Hotel on Saturday, November 11, 2017, the book written by Mr. Alemestaye Mengesha on the life and work of Dr. Tekelsion W/Maraim was unveiled.

The writer of the book, Mr Alemestaye Mengesha welcomed the guest of honor Dr. Tekeslion W.Mariam, Professor Fikre Lemessa, JU staff and invited guests to the ceremony. He also presented a summary of the book in which he picked interesting stories and shared it with the audiences.

Professor Fikre Lemessa, JU president delivered an opening speech at the Ceremony, highlighting the works and life of Dr. Tekelsion. Professor Fikre noted that the life and the work of Dr. Teklesion should be celebrated at it laid the foundation to one of the leading higher educational institution in the country. He also said that Dr. Teklesion is an example to many including himself in terms of his selfless leadership.    Towards the end of his opening remarks, he thanked Dr. Tekelsion for all the hard work he paid and for those who celebrated the life of Dr. Teklesion in various ways including publication of the book. 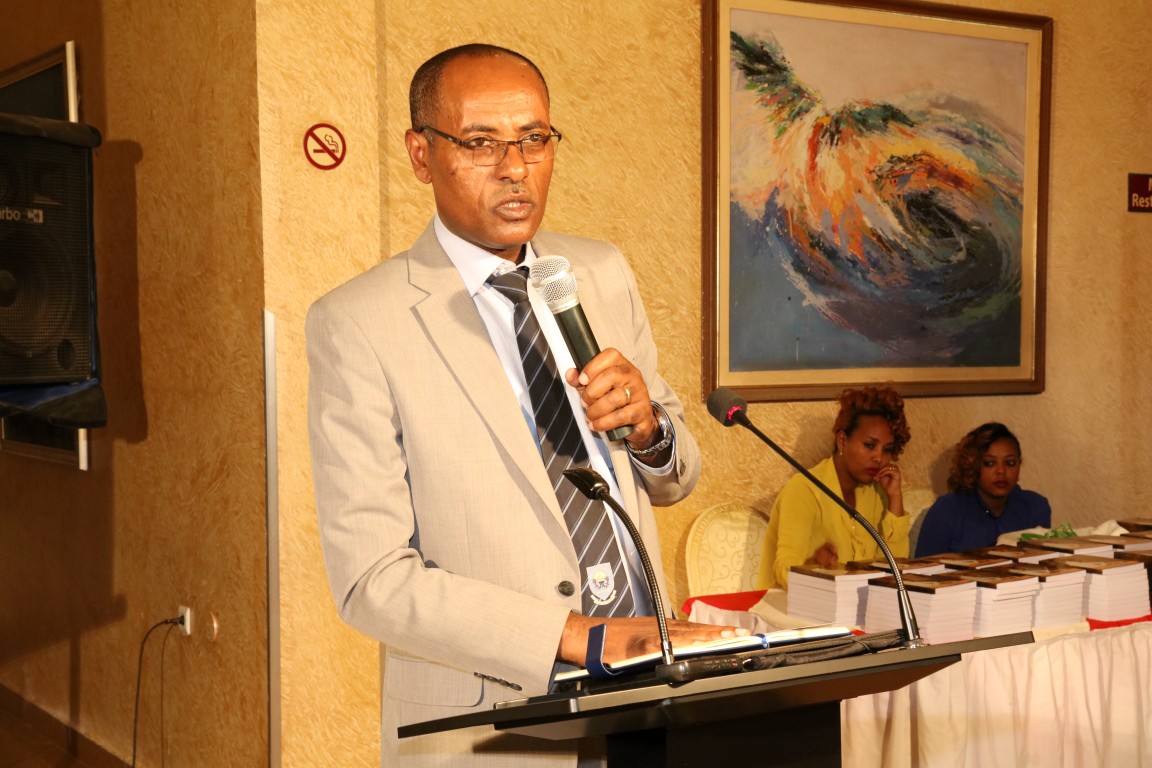 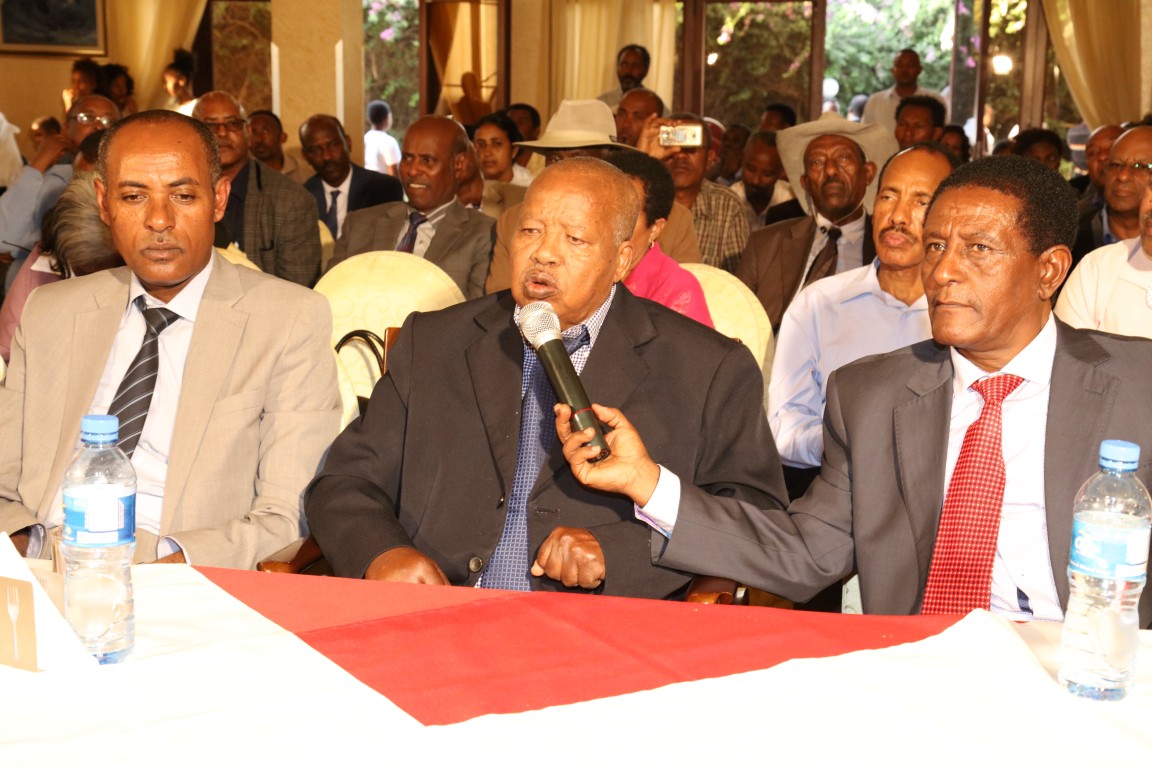 Dr. Teklesion addressed the audience; he thanked Professor Fikre Lemessa and members of the University for travelling to Adama to conduct the unveiling ceremony. He also thanked everyone for attending the ceremony at Adama. In his address he emphasized on the need to work hard and contribute to the Ethiopia’s development. He said, it is only through hard work that a change can happen in Ethiopia.

The unveiling ceremony was plan to be held at Jimma, but due to the health condition of Dr. Tekesltion, which makes it impossible for him to travel to Jimma, the Ceremony took place at his  hometown, Adama.

A short video on Dr. Teklesion’s work at JU, Theatrical and music performance as well as presenting certificates to those who contributed to the materialization the book was also part of the unveiling ceremony. 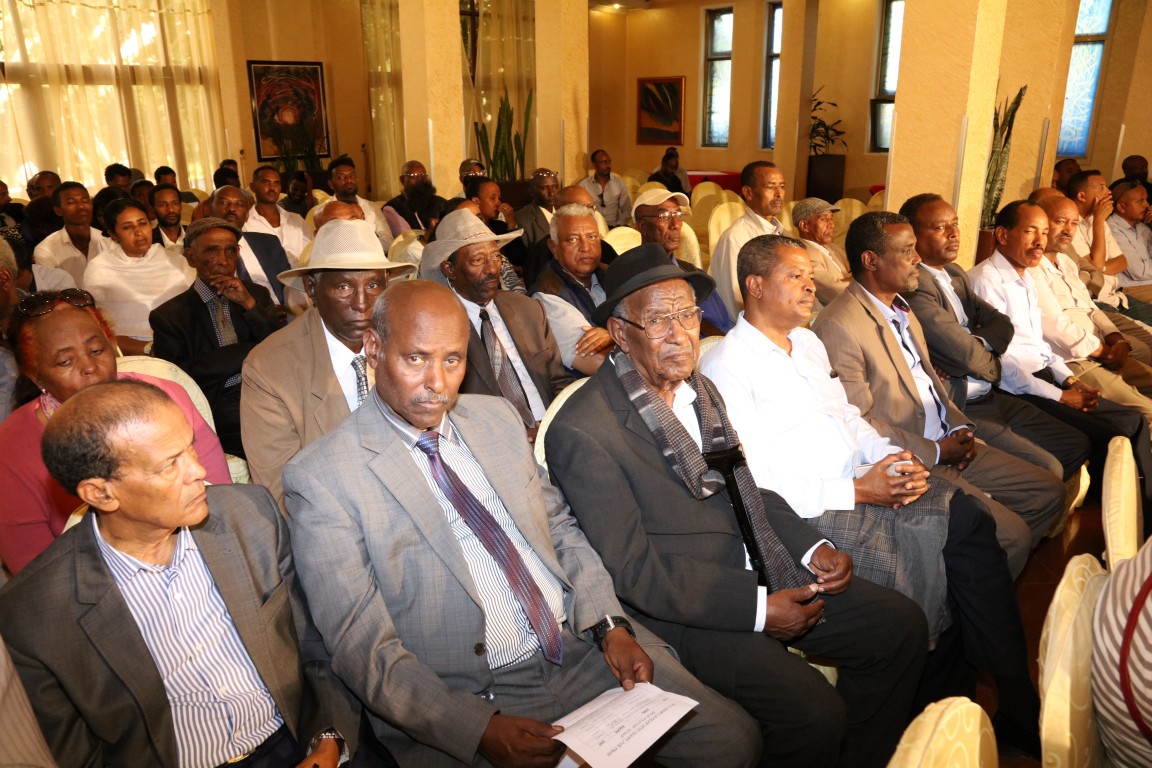