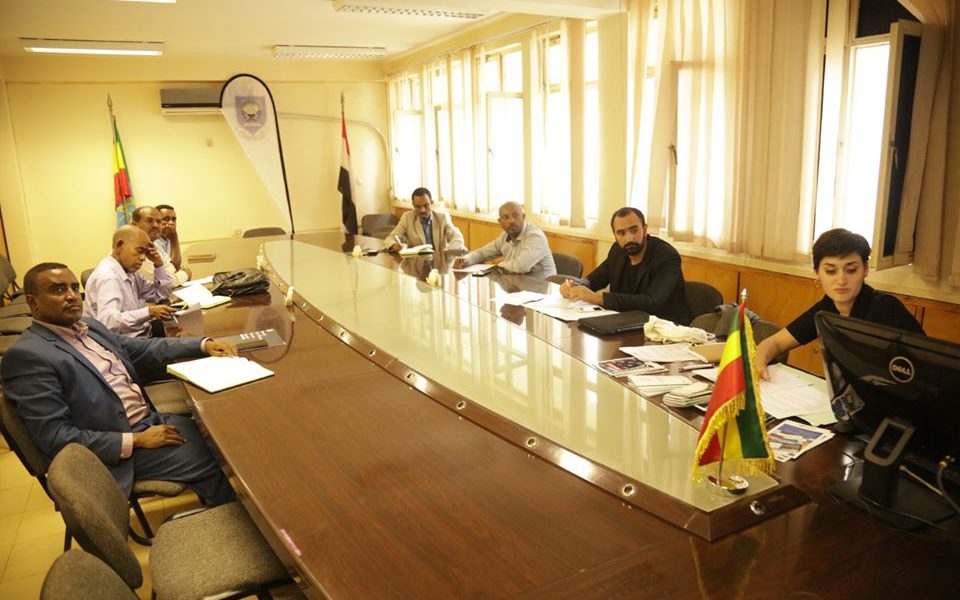 Ms. Anaelle GUILLEN – MEYER, Education Attaché of the French Embassy and Mr. Soufiane Ben Said, Head of French Studies at the Alliance Ethio-française of Addis Ababa visits JU in the afternoon of December 11, 2019.
Range of issues regarding the launching of the French language training center and cooperation between French and Ethiopian higher education institutions were discussed with the top management of JU in the presence of President Dr. Jemal Abafita. At the event, Dr. Jemal extended his gratitude on behalf of the JU’s community to the French Embassy for taking the initiative to launch the French Language Center at JU, which is one of the most favorite and well demanded languages at the university. He also pledged that the university management commits itself for the realization of the center in a sustainable manner. Moreover, he said opportunities needs to be explored for more engagement with French universities in addition to the already going on strong partnerships with some renowned institutions in France such as the University of Lyon, University of Rennes I, University Paris Nantree, Universite De La Reunnion and others.