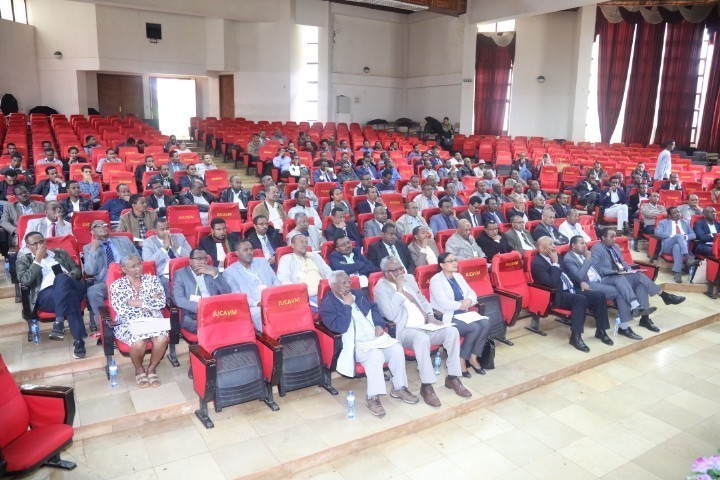 A national Postgraduate curriculum review workshop of various disciplines was held at Jimma University on July 26, 2019 at JUCAVM meeting Hall. A total of 19 new curricula previously drafted by the various Colleges & Institutes of JU were critically reviewed by renowned scholars from institutions in Ethiopia and abroad.
Among the 19 fields inaugurated at the workshop 6 of them are PhD, 11 MSc, 1 sub specialty and 1 Postgraduate Diploma programs. Some of them such as Post -Baccalaureate Doctor of Pharmacy (Pharm D.), Sub specialty in Gastrointestinal (Visceral Surgery) and Post Graduate Diploma on minimal Access Surgery were not previously offered in Ethiopia that made JU a national pioneer of such disciplines. In addition 15 other curricula were re-evaluated by way of incorporating new perspectives and accommodate new developments in the fields of studies.

Present on the occasion and guest of Honor of the event Dr. Tsige Ketema, V/P for Research and Community Services of JU underlined that Professionals who diligently and responsibly serve their citizens in their particular profession are first guided by what is included in the curriculum. Hence, the quality of the curriculums drafted, and the availability of human and other resources to put them into effect matter most in achieving such a higher goal. She later on also called for high level intellectual and professional commitment of the participants and critical reviewers to enrich the draft curricula towards better quality.

The workshop was fruitful in improving the qualities of the curricula through the invaluable and constructive comments by the critical reviewers. The participants confirmed the importance and necessity of launching such new programs given the available demands for human resources in the fields. 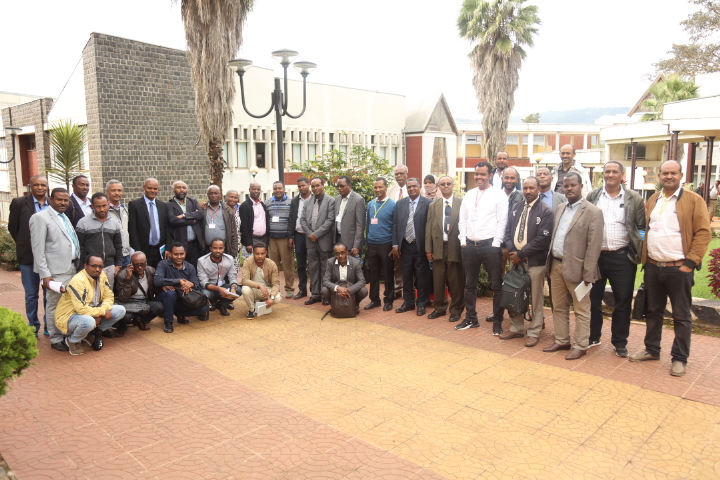