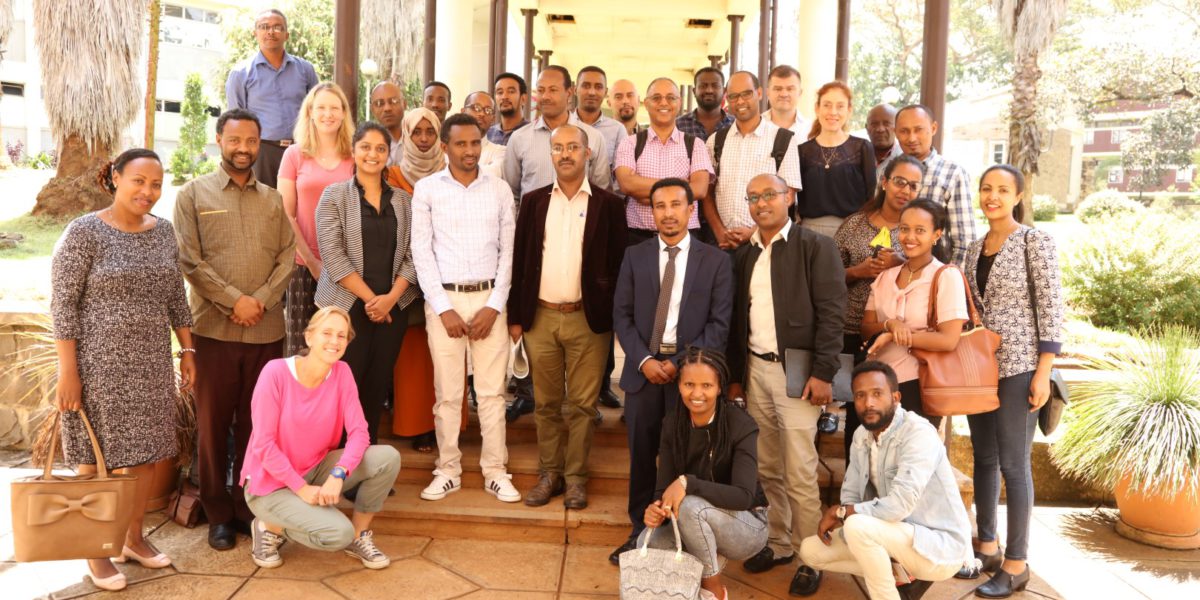 October 7, 2019: Community Management of At-risk Mothers and Infants under 6 months (cMAMI) project held its first stakeholders’ consultative meeting at Jimma University. The cMAMI project is funded by Eleanor Crook Foundation (ECF) and coordinated by the London School of Hygiene & Tropical Medicine (LSHTM). The participants at the meeting involved representatives from the Community, Jimma University, London School of Hygiene & Tropical Medicine, Emergency Nutrition Network, and GOAL Ethiopia.
JU’s President, Dr. Jemal Abafita, welcomed the guests and addressed in his opening remark that Jimma University’s ties with partners are growing due to the commitment of its leadership towards the success of projects collaboratively designed. The President stressed that the current project perfectly aligns with the educational philosophy of the University as it puts the engagement of the community at the center. The issue of caring for mothers and infants at risk, he added, is a priority area the project engages in and the University leadership is committed to support.
The consultative meeting was a platform for co-designing scientific research methods to study the needy community on the bases of which intervention will be carried out at later stage. The meeting involved a series of presentations from the partners followed by discussions from the stakeholders. The project stresses on Science informed policy in which research outputs are to be implemented and their policy implications deliberated. The project is said to be the first in Ethiopia and aims at generating evidence that will inform policy to bring impact on the wellbeing of mothers and children.
After the conclusion of the meeting, a dinner reception was held for the honorable guests and participants of the meeting where Mr. Kora Tushune, V/President for Business and Development conveyed a message of gratitude to the institutions who took part to initiate the project and firmly underlined that the Management of JU will extend all the necessary supports for the realization of the project and intervention activities to be carried out.