Jimma University’s CISCO Academy organizes the Instructors’ Professional Development (IPD) Workshop at Jupiter International Hotel in Addis Ababa from 2nd to 3rd April, 2019. The workshop aims at enhancing the capacity of all academies, in introducing new curricula and concepts and overall discussion on challenges and opportunities of running the academies in Ethiopia and beyond.

Cisco Systems, a leading IT system solutions providing company offers various IT training programs in more than 190 countries throughout the world. The Cisco Academy was introduced in Ethiopia in 2006 E.C after the signing of MoU between the Ministry of Education and Cisco Systems. Ten academies were established across first generation universities following the agreement of which one is the Jimma University’s Cisco Networking Academy. Recognizing its active participation in the Academy program, Jimma University was given the role of training Cisco Academy instructors in Ethiopia and from 2015 onwards it was assigned as Academy Support Center (ASC) of the Cisco Networking Academies in the whole Ethiopia and Somalia and now planning to set up new academies in Eritrea.  This is why JU has organized Instructors Professional Development (IPD) where instructors from all academies will have to participate.

Present on the occasion and the guest of honor of the event was Dr. Samuel Kifle, State Minister at the Ministry of Science and Higher Education. He on the occasion underlined that the workshop serves as a real platform for the sector actors: universities, public sectors, and the private wing to come together and discuss issues that are vital for the rapid development of our country. It can also serve as a stage to generate input for policymakers. Such innovative occasions are very vital for the success of our future. 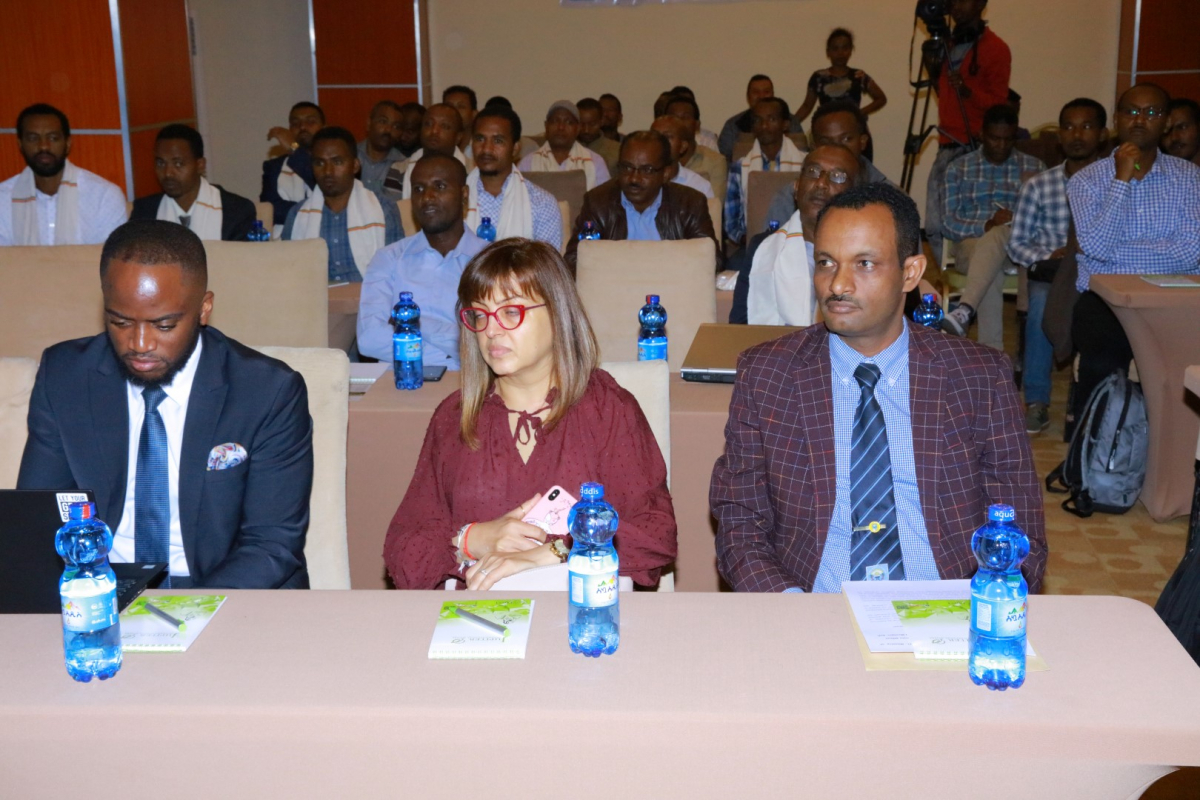 On the other hand, Dr. Adula Bekele, V/P for Academic Affairs of JU highlighted that the management of the academies and the impacts created within the various institution and beyond has been rated as magnificent as we have expanded our training areas to six major fields. Since its launching, according to him, the JU’s academy trained more than 13,000 students and 1000 instructors in the aforementioned areas when needs and demands arose. This shows that JU has been intensively engaged with Cisco Academy and trained a large number of professionals from within Ethiopia and abroad contributing its share in enhancing the skill and capacity of utilizing and innovating up to date communication technologies. He expressed the readiness and commitment of JU to sustain its contribution even in a better manner to expand its impact across the nation and beyond.

In the course of the two days, training will be offered by professional and experts invited from renowned international institutions and discussions will be held on the possibility of expanding courses offered by the academies, challenges faced during the course of managing them and solutions will be suggested on how to ameliorate the hurdles of running the academies.