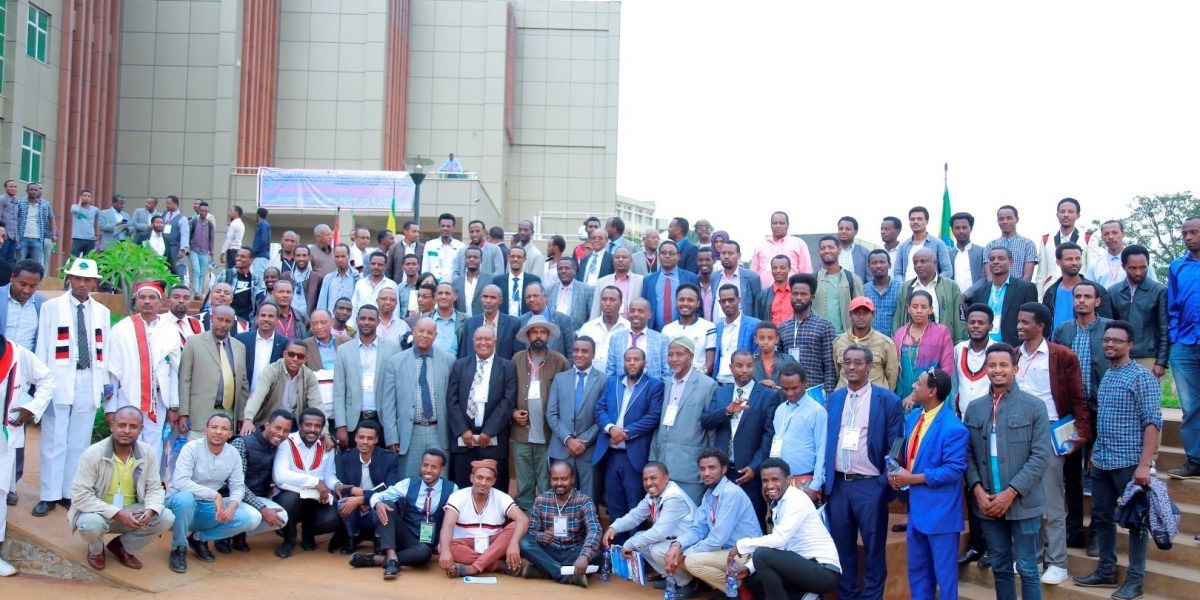 The two days Conference collaboratively organized by the Institute of Oromoo Studies (IOS) in Jimma University and the Network of Oromo Studies (NOS) in United Kingdom is the fourth of its kind hosted successively for the last four years. The participants of the conference included Abbaa Gadaas from all over Oromia, distinguished Oromoo scholars from the country and abroad, seasoned Oromoo Artists and writers, dignitaries, stakeholders from various offices, academics and students.

The theme of the 4th International Oromoo Studies conference was“Oromia State Formation and Socio-economic and Political Order in Ethiopia and the Horn“,  and about 32 papers focusing on key themes of State Formation, The Politics of Language, Socio-political/Historical conditions and Multidisciplinary Topics were presented. The event began with the blessing of Abbaa Gadaas, Dr. Tsige Ketema’s welcoming address and Dr. Jema Abafita’s opening speech, followed by a keynote address from Prof. Asemarom Legese.

In his opening speech Dr. Jemal Abafita, president of Jimma University, indicated that the Institute of Oromoo Studies’ mission of widening its scope and drawing collaborative efforts from other higher institutions is being materialized sooner than expected upon its establishment in 2015. The bold step Jimma University has taken four years back in establishing the Institute of Oromo Studies to act as the hub of Oromo scholarship, he stressed, is now pulling joint ventures such as the forth International Oromo Studies Conference. He thanked The Network of Oromo Studies (NOS) for its efforts in Co-organizing the conference, which symbolizes an exemplar partnership for the same cause. In his address, Dr. Jemal emphasized that the partnership with institutions including the Oromoo Studies Association will be strengthened to prepare such a platform which helps bring scholars together to chart a common better future for the nation.

In his keynote address, one of the seasoned Gadaa scholars Prof. Asemarom Legese spoke about the values the indigenous knowledge system of the Oromo has to serve in the current socio-economic and administrative purposes of today. He emphasized that there are ample unexplored areas to be excavated and brought to use and publicity.

The conference was concluded after certificates were awarded to paper presenters.