On 29th June, 2019 JU held a very colorful graduation ceremony in the presence of members of the university senate, other invited guest and families of the graduates at the Jimma University Civic Center (JUCC) of the main campus. Professor Asmerom Legesse, a prominenet scholar of Anthroplology with extensive research on oromo Gadaa system has also been an honorable guest on the event. A total of 2683 students have completed their study and graduated at the ceremony of which 343 are Masters and PHD graduates while 2340 are graduates at BA level. Of all the graduates 1259 are female. It was also reported that the University has graduated a total of 2679 students at BA and Masters Level in November 2018 of which 238 were medical doctors. This will take the total number of graduates of the academic year to 7569 including the sum of the third round graduating students to be held on 6th July 2019.

The guest of honor of the event, President of JU, Dr. Jemal Abafita highlighted the major focus areas and achievements of JU in the academic year. JU as said by the president has committed itself to ensuring quality of education in collaboration with all relevant stakeholders and engaged in need based scientific researches on pertinent issues of high priority to the society in its surrounding areas and beyond. Its engagement with international research and education institutions on projects of very relevant nature scaled up its ability to deal with practical socio- economic challenges and promoted its image at the international level.

JU, according to him, in the academic year, has introduced a paperless online planning, reporting and evaluation system and started reform measures at its medical center to ensure the delivery of modern and efficient service delivery system including the Digital Medical Record System that will enable the accessibility of patients’ medical information online. Moreover, the academic year has also been remarkable due to the inauguration of grand facilities such as the Jimma Medical Center, The JU Conference Center, The JU Civic Center and The JU Sports Academy in the presence of Dr. Abiy Ahmed, PM of the FDRE and presidents of neighboring countries from Sudan and Djibouti. The new facilities, as stated by him, added new inputs to enhance the quality of education and research in the institutions and making JU a visible institution with the arts of the day facilities. The university, according to him, was also able to elect members of the top management through a democratic process which in a way inculcated a new culture in to the institution.

He finally advised the graduates stating that “to day you are going to open a new chapter in your life and what is waiting for you is a bright future a head. You are fresh and motivated and youngsters who can make anything good to happen. Be ready to further educate yourself as knowledge and information flows in unending dynamic process of discovery and rediscovery. Be part of the same process to serve humanity. On top of everything, be rational; make the best use out of your knowledge, skills and abilities, to be patriots of peace, development, democracy and unity in your country. Your people and country are calling and you need to respond quickly with positive energy.”

At the subsequent stages the Head of the Registrar Mr. Buruk Woldemichael and Deans presented the graduates in their respective colleges and outstanding   students from each program have also received awards from the guest of honor, Dr. Jemal Abafita. 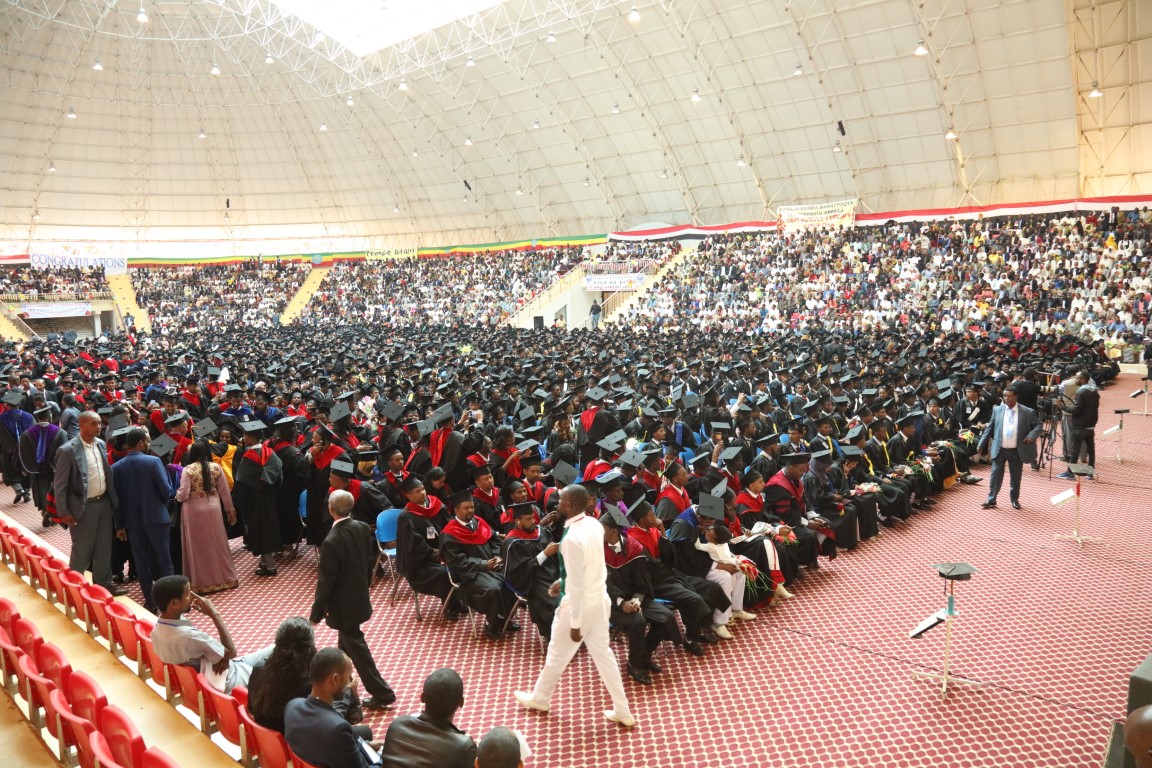