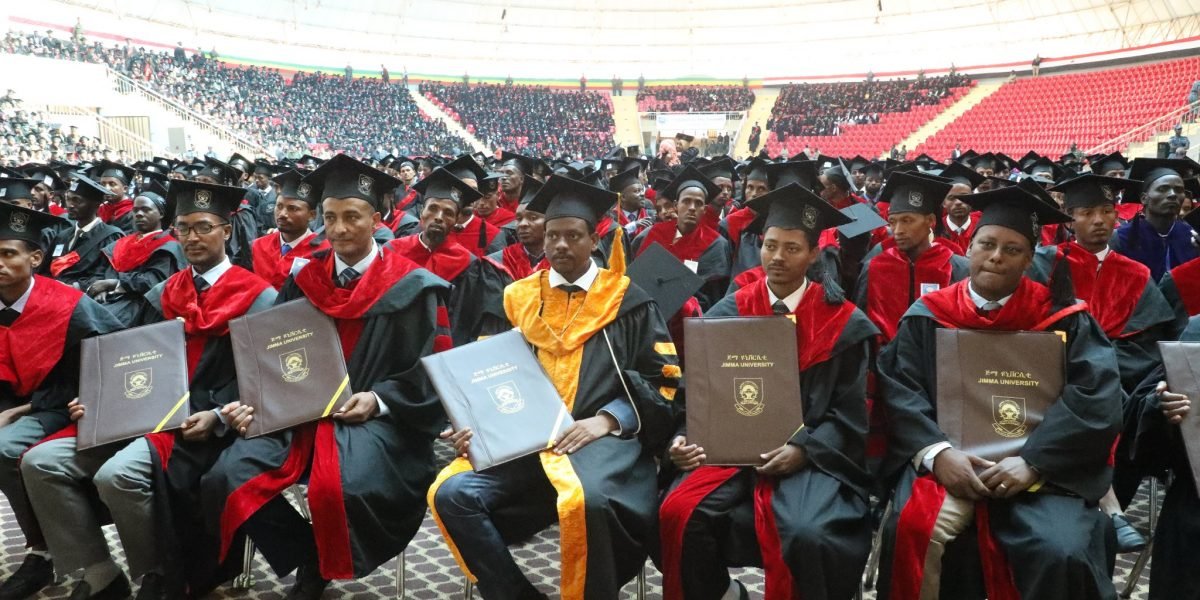 Jimma University has made a colorful and fascinating students’ graduation on 2nd July 2022 at its attractive and spectacular Hachalu Hundessa’s civic centre (hall). In this enthralling student graduation, more than two thousand and 500 students have graduated from various disciplines and programs at different levels. Out of 2229 first academic degree graduates, 36 per cent were female, whereas, from 280 who successfully completed the post-graduate program graduates, 15 per cent were women.

Among these graduates, 234 were from foreign countries, since Jimma University is working vigorously to realize internationalization. Two of the graduates graduated with a Doctor of Philosophy; one from the Department of Biology, and the other from Animal Nutrition. On occasion, Jimma University president Dr. Jemal Abafita congratulated the graduates and said since education can play a crucial role in providing new and innovative forms of technology, it is important to prepare yourself for new knowledge and invention.

Moreover, he said Jimma University has been conducting community-based problem-solving projects, changing the lives of the community, and working firmly to expand good initiatives and excellence throughout the nation to ensure the fastest growing Ethiopia.

On the graduation ceremony, JU announced that students and teachers of Jimma Institute of Technology and Health Institution have won half of the 17 innovation awards, which were funded by the Grand Challenge Ethiopia. Moreover, it has been publicized that out of three challenge awards, Jimma University has won two of the Grand Commercialization Challenge which was allotted by the Ministry of Science and Technology.