The 2nd Scientific Colloquium of Department of Epidemiology, College of Public Health, Jimma University was held on 15th of April, 2019. The aim of academic colloquium is to provide the discussion platform for academic environment on scientific issues.

On the occasion Mr. Henok Asefa spoke on  the title “ Absence of evidence is not evidence of absence Vs ‘ProbatioDiabolica’!“ discussed on the probability of an event , p-values, the impending dangers of misinterpreting differences that do not reach statistical significance, examine potential fallacies when it is the fact that non-evidence cannot disprove something’s existence. 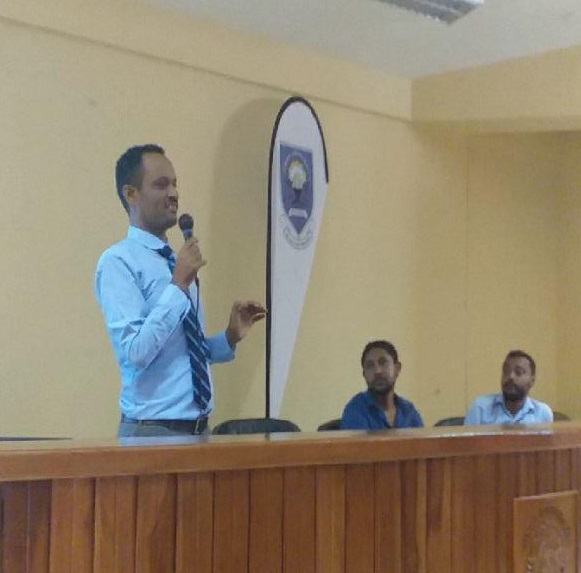 Dr. Adula Bekele, Vice President for Academic Affair stressed that the scientific colloquium provides the opportunity for scientists from all JU’s Colleges and Institutes to meet each other and discuss their current research projects. He called up on all Colleges and institutes to initiate similar scientific forums so as to improve scientific communication among different professions and thereby advance the development of academic discourse. He also expressed the commitment of the university’s management to support any such initiatives and encouraged young and seasoned scholars to actively participate while such events are organized.